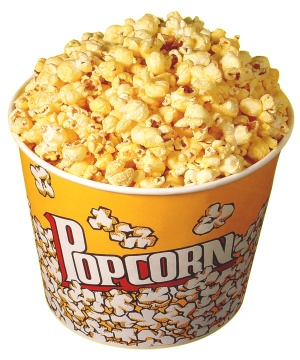 The infrastructure I’ve had our media setup on has changed quite a bit over the years, too.  When I first started streaming stuff, I was using UPNP servers to serve a D-Link streamer.  It worked pretty well for the first generation of this type of product.  I used DiVX to encode our DVD collection, and things weren’t bad.  I then migrated to MythTV and things were significantly better.  It could handle more video containers, more codecs, and it could handle our recordings.  We used nothing bug Myth until about 3 years ago, when I got a deal on a Sony streaming box.  The Sony device was clunky and not fun to use, but it did let us stream Netflix.  It was quickly replaced with a Roku 3 that I picked up at Costco when it was on sale.  That was the beginning of the end for MythTV.

I started MythTV with a 500GB hard drive and at the time, it was huge.  Over the years, I added and replaced drives to where it was finally running with about 12TB of storage, mixed between ripped DVDs and recorded TV shows.  As of this writing, its got two 8TB of storage exclusively for recordings.  The problem now is that we’re not really using it anymore.  We haven’t used the Myth frontend in almost 2 years now.  The way I do things now is to record programs, then start a frontend on my laptop, trim out the commercials, then run them through Handbrake, then put them up for Plex to serve.  We don’t watch live TV at all anymore, and don’t miss it at all.  This allows the boys to watch Daniel Tiger’s Neighborhood, Rescue Bots, Paw Patrol or Blaze and the Monster Machines whenever they want on their tablets.  It works pretty well for us.

For certain shows, like Bubble Guppies for Thing 2 (who is not quite 3 years old now), we’ll purchase the season on Amazon, we then give him access to it via Amazon’s content sharing and its good.  But I’m getting ahead of myself a bit.

We purchased a new house just over a year ago.  The previous owner hadn’t redecorated anything since the 80’s.  Almost every wall was covered in wallpaper, and every wall needed paint.  The first thing we did to this new house was have a new AC unit installed and additional insulation put in the attic since it was just the original insulation from the 70’s.  This was the perfect opportunity to also have ethernet drops put into place.  There is also a combination pantry and coat closet in the central hallway of the house, and oddly enough, it had an electrical outlet inside of it.  This is the perfect place to hide the various networking gear and a NAS, a small 2.5 foot wide shelf at the top of the closet.  I know that not everyone can do that because of limitations on space or power, but it works extremely well.  The next house we look at will be required to have a similar space, or have somewhere where I can build one.

I hired a structured cabling company that specializes in residential installations to come in and pull a coax connection in from Comcast, and run a few network jacks here and there.  They didn’t terminate anything the way I wanted to in the closet, but it still works.  They weren’t incredibly expensive, either, about $350 for three drops and moving the coax into the closet.

We got a new console unit as well.  I put together a new combination MythTV backend and frontend machine for it that looks very nice.  I used a Fractal Design Node 605 case for the build so it would look very nice.  I also put in a 160GB SSD for boot and database storage, and then 2 4TB hard drives for recordings.  Its still pretty big, but it looks nice and runs cool enough to put inside the console unit under the TV.  I also installed Plex on the server for serving videos to various devices.

Last summer, Amazon was having their “Black Friday in July” sale, and I finally picked up a NAS.  Well, two actually. One for the office and one for home.  I got a pretty decent price on the Netgear ReadyNAS 102 2TB NAS for the office and a diskless ReadyNAS 104 for home.  I populated the ReadyNAS 104 with two HGST 4TB NAS drives and two Seagate 4TB NAS drives and configured the 104 for RAID 6.  RAID 6 is a big reduction in capacity, but it means that two of the drives can fail without losing data.

A side note on RAID.  Despite what manufacturers say, I always mix drives from different manufacturers when setting up RAID arrays.  They just want you to buy more of their drives.  I’ve been burned before, badly.  Its been my experience that when one drive from a manufacturing run dies, the others will start shortly after it.  My worst experience ever as an admin was repairing a 10 disk RAID 5 array when one drive died.  As it was rebuilding, another died.  Over the course of the next 72 hours, 5 of the 10 disks crashed or was failing.  They were all purchased from the same place, and came from the same manufacturing run.  At the very least, if you must use matching drives, buy them from different vendors so you’ll at least get different manufacturing runs.  You’ll be thankful that you did when one crashes and the rest don’t immediately follow.

I decided on the Netgear because they’re fairly inexpensive.  They’re also fairly low powered.  They’re fine for serving files from, and will be fine for running Plex server on, provided that you can direct stream all of your media to all of your devices.  If you need to do any transcoding, then the Netgear is not a good choice.   Since I have a server that I’m using to run Plex off of, it was not a problem for me.  Now that I’m in the process of phasing out MythTV, though, I may replace the Netgear ReadyNAS 104 with a Thecus N5810Pro or a QNAP TS-563 and eliminating the server in our console unit completely.

So, now we’ve got our NAS and our gigabit ethernet running through the house.  Its all connected to an ASUS RT-66U router which gives us gigabit throughout and AC WiFi.  There is also the server (for now), which an Intel Core i3 with 16GB of RAM.

In my next post, I’ll start covering the devices we’ve tried, as well as the services we use, and our impressions of the combination of each one of them.  Every device we try must pass a WAT (Wife Acceptance Test), which can sometimes be challenging.