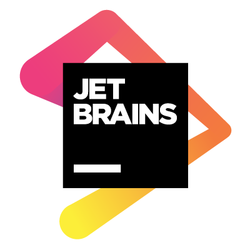 I thought I would put this here in case anyone else has been experiencing the same thing I have been. Start up a JetBrains product, any of them — PhpStorm, WebStorm, CLion, DataGrip, or any of the others and it will start up, start indexing files, and then freeze. The only way to recover from it is to go to the command line and do a ‘kill -9’ on the process.

The problem all stems from a Linux kernel bug and Haswell based processors.  I’m running on a 6-core/12-thread i7-5820K under Ubuntu 14.04LTS.  This started happening to me a couple months ago, seemingly out of the blue.  Start up a JetBrains product, and it would just hang.  One processor core would spike to 100% usage and I would have to kill the process.  It was maddening.  There is quite a bit about this problem if you know what to search for, and a couple different solutions.

First, you can start one of the IDEs and lock it to a single processor using taskset.  The exact arguments will vary, but this is what worked for me:

Not ideal, and it was painfully slow being locked to a single core/thread.

Next was to install a more recent Kernel from kernel.ubuntu.com.  I chose 4.1.15-040115-generic, which works, but only after a cold boot, i.e. just powered on.  Just rebooting the machine isn’t enough and it will end up freezing again.

After getting caught by this again this morning, I did a bit more looking.  It seems that its finally been fixed in the latest kernel, 4.5.  It can be downloaded from http://kernel.ubuntu.com/~kernel-ppa/mainline/v4.5-wily/.  I attempted to use this kernel, but ended up removing it as it had problems building the DKMS modules for nvidia and virtualbox for me.

It does appear that the latest Ubuntu 14.04 kernel, 3.19.0-56-generic, does help as well.  Running with that kernel, I don’t encounter the bug after a cold boot.  I do still have problems after a warm boot, though.  I’ve also tried Ubuntu 16.04, but its not stable enough for me just yet.  I’ll report back in a month when its released.