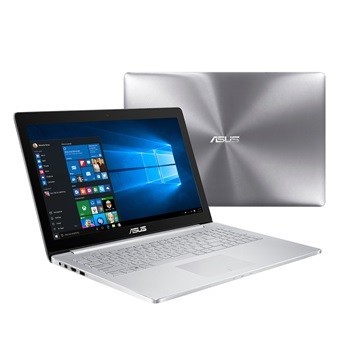 After writing about installing Ubuntu 14.04 on the ZenBook Pro I used it for about a month or so, but was not really happy with it.  Nothing seemed quite right.  Fonts were off, cursor sizes were off, applications didn’t look quite like they were supposed to, accelerated graphics didn’t quite work, etc.  Don’t get me wrong, everything worked, but not as smoothly as I would have liked.  So, I tried a few different things.

First, Fedora 23 (both the standard and XFCE spin) wouldn’t even boot up a live image.  They would get to about 90% of the booting screen and then stall.  Not good.

I also spent last Sunday afternoon installing Arch Linux.  That was actually painful.  I managed to get it connected to the network, both wirelessly and via the USB Ethernet dongle that came with the ZenBook.  I also got X up and running as well as running the Cinnamon desktop.  It was very very fast, from power on to login screen in 3-4 seconds.  But I don’t use my laptop that way.  It needs to be a tool that I can rely on, and Arch makes you do too much manually.  Right now, I simply don’t have the time to get everything “just right”, or even “good enough”.

I also tried a few daily builds of Ubuntu 16.04 since its due for release in about a month.  Similar issues to Fedora.  Things just wouldn’t boot all the way, and I really don’t want a system in total flux right now.

So, I thought I would try Ubuntu 15.10 one more time.  This time I approached it slightly differently.  Instead of trying to get what I’m used to shoehorned onto it, I allowed myself the option of trying something new.  I’m quite glad I did.

After only about an hour or so, I now have a system I’m happy with, that feels very usable and stable.  There are still a couple of quirks but they’re not bad, and I can certainly live with them for another month or two while 16.04 moves toward release.

Installation was pretty painless, but still did require some extra steps.  As before, you’ll need an external mouse for the installation since the kernel that 15.10 ships with doesn’t recognize the touchpad.  Once again, I’ll outline what I did specific to this installation.  I already have my recovery disks and partitions created from my previous install of 14.04, so I’ll skip all that.

This is one of those quirks that I’m going to live with for a while.  Every time the system boots or updates packages, I get prompted for an ecryptfs password on the swap partition.  This shouldn’t require one.  The fix for it is not as straight-forward as I would have liked.  There are possible fixes for some by falling back to using upstart.  This can be done with this command:

I decided to leave systemd alone since that is where all of the distros are headed.  So I have to hit the enter key one additional time while booting or updating packages.  Its annoying, but not a show-stopper.

Logout, choose Gnome as the session and you’re good to go.  I also chose to use the gdm login manager and its quite nice.

I did have to go into Gnome settings and tweak a few of the scaling settings, but they’re not hard to find.  In the “Fonts” settings, adjust the scaling factor.  I chose 1.75, but I’ve always liked my fonts on the small side.  Anything from 1.75 to 2.10 should be good for most people.

There are also HIDPI settings in the gnome tweak tool, but I haven’t found the need to really mess with them.

Reboot.  After that changes made to the touchpad settings will work much better.

I also had to disable one of the interrupts as it was processing constantly, using 100% of one of the CPU cores.  This is apparently a long standing bug.  I found the fix here on askubuntu.com.  For me it was interrupt gpe61.

I’m really quite happy with Gnome 3.18 on my ZenBook now.  Suspend/resume works, booting works, all of the peripherals work (including the touch screen) and I’m actually using it for real work now, which I was hesitant to do before.

One thought on “Installing Ubuntu 15.10 on the Asus ZenBook Pro UX501VW, Redux”