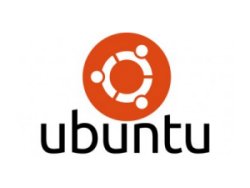 The stock Ubuntu 16.04 spin would boot from a thumb drive without a problem.  Whether or not I got a mouse pointer was another story all together.  And just forget about a reliable WiFi connection to download updates.  Didn’t happen.  This is better than the Gnome spin, which wouldn’t even boot.  The boot splash screen would start spinning then freeze.

In the last few days, I’ve tried reinstalling about half a dozen times or so, each of them with various problems that were just not acceptable.  Between flaky WiFi or the fans on full blast constantly, I’ve been more than a bit frustrated and extremely disappointed.  Since 15.10 is EOL in three months and this is the LTS release that will be used for the next two years, I have to push forward.

Here’s how I managed to get things working.

Always remember, back up your data before doing installs!

First, I installed Ubuntu 15.10.  I connected the ethernet dongle for my network connection so I wouldn’t have to mess around with WiFi.  I should note, though, that my WiFi was solid on 15.10, so if you don’t have an ethernet dongle, WiFi should still work fine.  This was a fresh install and I installed no other packages other than the base installation.  There will be time to do that after getting to 16.04.

After booting into 15.10, the first thing I did was start the software updater, and get the latest packages.  Remember to open the console window and keep hitting enter for the password on all the cryptswap prompts due to the systemd bug.  Reboot.

After logging back in, I started the Software Updater again.  It informed me that 16.04 LTS is available now, so I selected “Upgrade”.  This will take a while, and you have to hit enter on the cryptswap prompt more times than I care to think about.  Disabling swap before you start will help to not wear out the enter key.  This can be done by opening a terminal and entering:

After the upgrade is complete, you might be able to reboot and login successfully.  Sadly, that didn’t work for me.  The only way I could actually boot to a login screen was to use the “Advanced Options for Ubuntu” from the Grub menu and then select the 4.2 kernel from the Ubuntu 15.10 installation, which was still there.

After booting with the 4.2 kernel, I logged in and opened up a terminal window and downloaded and installed the 4.3.5 kernel that I used before when installing 15.10:

I then removed the 4.4 kernel using the following:

I then rebooted and the default image is now 4.3.5, which boots fine.  The cryptswap bug is still present, and I know that, at least for now, I can’t accept kernel updates, but WiFi is reliable again, my fan isn’t screaming at me, and everything seems to work.  When updates are available, do not use the Software Updater.  Update from the command line using:

This will omit kernel updates by default.  The GUI based updater will update kernels, and may prevent you from logging in.  Hopefully a fixed kernel will be in the next point release.

Next up, I installed Gnome

When installing this it will ask whether or not you want to use gdm, which I opted to do as I like the way it looks.  I chose to reboot after this, but a logout should suffice, you can then choose Gnome as the session and things should be working pretty reliably now.

There is now also a somewhat reliable fix for the cryptswap bug too, according to this post the answer is to set the no-auto flag on the partition.  For my dual boot setup, the partition is on /dev/nvme0n1p6, so I used:

Rebooted, and no longer got a prompt for a cryptswap password.

I hope this post will help others who encountered the same frustrations that I had trying to get Ubuntu 16.04 on the ZenBook UX501VW.  It really is a nice laptop, and now that I’ve got a working Ubuntu LTS release on it, I’m sure it will serve me well for the next few years.