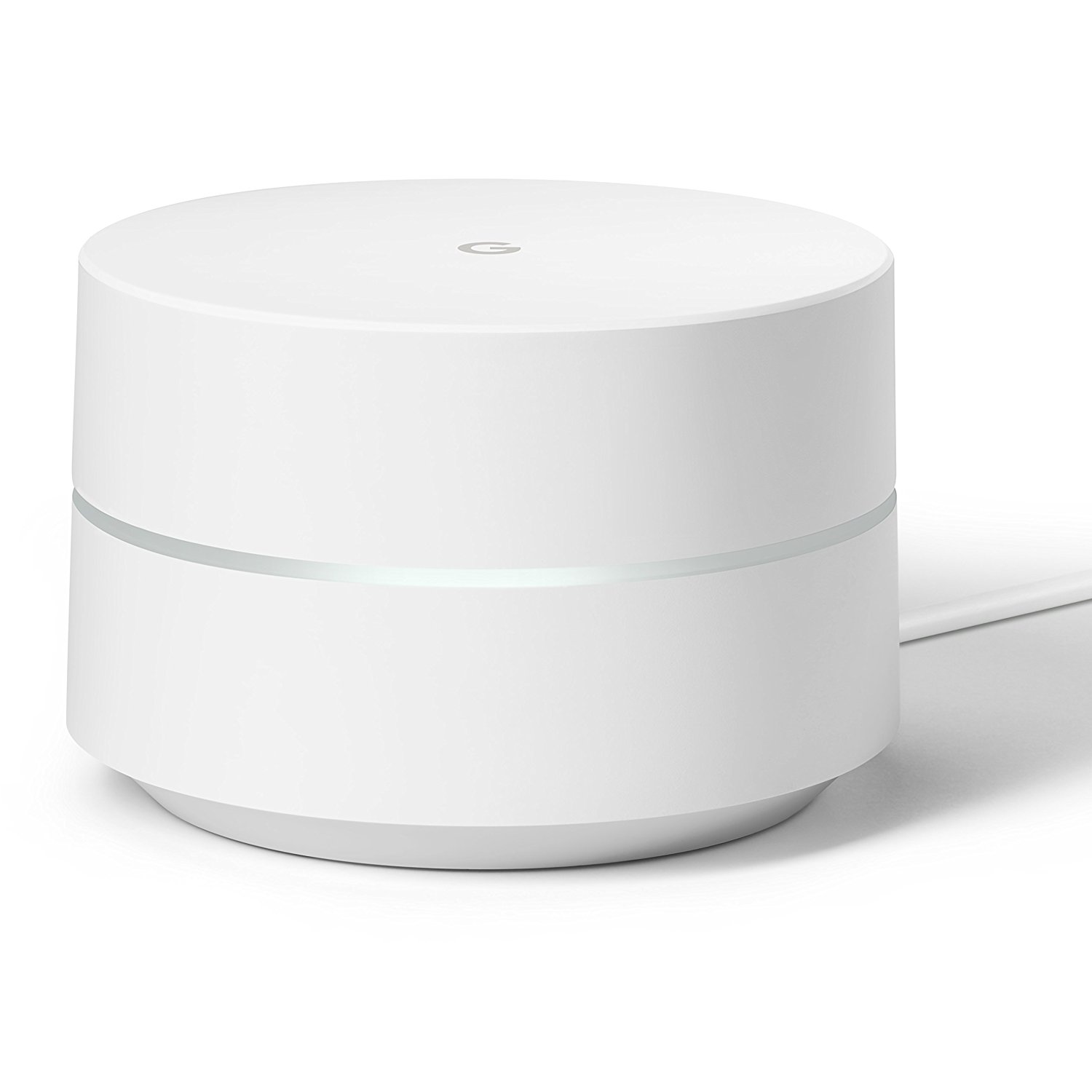 Google WiFi promises an attractive, easy to setup, easy to manage, and relatively inexpensive home router that is mesh capable. Mesh networks help to eliminate "dead spots" in larger homes or homes with too many obstacles for strong WiFi coverage from a single router. It also promises simple parental control and the ability to easily disable kids internet access. I was interested in this device from the moment I heard "parental control", so I pre-ordered one.  Mine finally arrived and I've been using it for about eight days now.  I will be removing it from our network today and putting back…
Google WiFi Review
Google WiFi Review
marc
Google WiFi lives up to several of its promises, but falls short on others. Its unclear to me who the target audience is for this device as it doesn't suit novices or advanced users particularly well.

Google WiFi lives up to several of its promises, but falls short on others. Its unclear to me who the target audience is for this device as it doesn't suit novices or advanced users particularly well.

Google WiFi promises an attractive, easy to setup, easy to manage, and relatively inexpensive home router that is mesh capable. Mesh networks help to eliminate “dead spots” in larger homes or homes with too many obstacles for strong WiFi coverage from a single router. It also promises simple parental control and the ability to easily disable kids internet access.

I was interested in this device from the moment I heard “parental control”, so I pre-ordered one.  Mine finally arrived and I’ve been using it for about eight days now.  I will be removing it from our network today and putting back our Linksys WRT1900ACS.  Before I get into the reasons why, let me cover a few other things about this router.

The design of the router itself is very nice.  Its a clean stacked hockey puck with a status indicator between the two pucks.  It is a plain white color and the status indicator can be disabled.  Since it is designed to be a mesh network, this is nice since it will likely be sitting out and not in a closet somewhere to be completely effective.  It is also powered by a USB Type C connector, a somewhat odd choice, but it works.  Another aspect is that it has only two ethernet ports, one for the WAN (Internet) and one for the LAN (local area network).  You’ll need to make sure you have a switch connected if you have more than a single ethernet device, I’m using a Linksys 8-port gigabit switch.

Setup was fairly simple, but I’m really not sure who their target market for this is.  I say that because all of the setup is done through a mobile device, either a phone or tablet.  I did mine with my OnePlus 3.  It requires you to first download the Google WiFi app from the Play Store.  You then need to start the app, enable bluetooth on your device, and then scan or type in a QR code from the bottom of the router.  By this time, it feels like you’re jumping through quite a few hoops, even though each one of the steps is very easy to complete.

The app will guide you through the installation step by step.  Connecting the WiFi unit to your broadband modem, testing for an IP address, what protocol to use, etc.  For me it didn’t work the first three times.  I had to leave my modem off for at least 5 minutes before I could get attach a different router to my modem and get an IP address.  Once it had one, the rest of the setup went fine.  There isn’t anyone else in my family that I would want do to this, though.  If my parents had to go through this setup they wouldn’t and the same holds true for just about anyone else.  They’d either call me or be on the phone with Google or Comcast support.

So in order to set this up, being tech savvy helps.  At the very least you will need to be very comfortable with your mobile device.  The app itself is very slick and nicely done with Google’s latest Material Design theme.  Adding devices to a group is easy as is setting port forwarding rules and getting speed tests.  Every function that you have access to is clear and functional.

The wireless range on this router is also quite good.  I have it placed in the top of a coat closet in almost the exact center of our single story house.  It sits about 7 feet up, but is enclosed on all four sides with walls or a closet door.  Despite that, I was able to get a very good signal in every room of the house.  If our house were larger, the mesh capabilities would be quite useful.

The speed of the router is also quite impressive.  I got great download speeds and low latency.  When in range, things connected quickly and easily.  The app had no problems making changes quickly and I didn’t feel like I was constantly waiting for configuration changes or information pages to load.

This is where my kind words about this router end.  As I mentioned before, I’m not sure what Google’s target market for this router is.  The setup is going to be a bit tough for complete novices, and the feature set simply isn’t there for advanced users.

As an example, one thing that every router on the market allows you to do is to set the LAN IP address range.  Not so in Google WiFi.  You are forced to use 192.168.86.0/24 as your LAN.  For me this became a pain because I have a couple of devices that require static IP addresses — the Synology and the Kodi/MythTV/Emby/Plex server.  Instead of simply changing the LAN IP on the router, I had to go and update my attached devices.  This wasn’t so bad for me since I only had 2 devices that needed updating, but for other installations I could see where this would be problematic.

Parental controls were also disappointing.  The only real control is to add their devices into a Group, and then you can add a button to the app to enable or disable devices in that group.  There is no hourly time limit and no schedules available.  I’m sure that some will love this feature, but its too limited and hardly what anyone but a marketing department would consider parental controls.

Another discouraging aspect of this router, and the primary reason why it is now no longer connected to my network was that it is simply not reliable.   For the first few days, everything was fine — good speed, good signal strength, uninterrupted connections.  Starting on day 6 of its installation things started going south.

There is nothing more irritating than seeing that little exclamation mark on your WiFi icon on your taskbar.  You know the one, that say’s you’re connected to a wireless network but can’t get out to the Internet.  Usually this happens on guest networks that require you to enter a password and submit to having all of your web traffic run through a proxy of unknown discretion.  Reboot the router and wait a couple minutes and all is fine again.  An hour later, that exclamation mark is there.

Since there is no way to manage the device at all except for the app, and since I couldn’t connect to the router with the app, I was left with the only option available to me.  Unplug it and put back the absolute tank of a router, the Linksys WRT1900ACS back in place.  Of course, that meant that I had to reconfigure the network devices again.

We’re planning on moving again in a few years, and the area we’re looking at has a lot of two story houses with basements, so I’m sure that I’ll be in the market for a mesh network then.  Hopefully they’ll have improved by then, but I’m going to remain a bit leery towards Google WiFi.